Meet the experienced and friendly doctors and staff who make Vision Source the leading provider of vision care products and services in Las Vegas, Nevada. 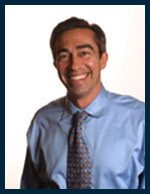 Dr. Beckwith grew up in Las Vegas and received his bachelor’s degree in biology from the University of San Diego and his Doctor of Optometry (OD) degree from the Southern California College of Optometry. He is board  certified in the treatment and management of ocular disease and is glaucoma certified.

He has been a participant in the Clark County School District Community  Partnership Program, the Nevada Rural Health Centers Health Care for the Homeless, and Volunteer Optometric Services to Humanity outreach missions. He has been acknowledged within the eye care profession with the 2011 NOA Outstanding Leadership Award and the 2013 NOA President’s Award. He was named the 2009 Health Care Headliner for Community Outreach by In Business Las Vegas.

Outside of optometry, Dr. Beckwith is a father of three sons and husband for more than 35 years to Kimberly. He enjoys fitness and learning how to optimize health, having completed a Wild Health precision medicine fellowship. He is an avid supporter of UNLV athletics.

Dr. Lee grew up on a cattle ranch in south eastern Washington. He received his B.S. in agricultural economics from Washington State University in

As an avid rock climber, Dr. Lee spends his days off scaling the cliffs at nearby Red Rocks and Mt. Charleston. He also enjoys his days outside with his wife Sasha and their two children Kira and Sofia. 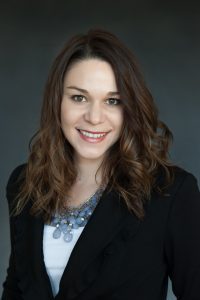 Dr. Nagel is a native of Las Vegas and attended the University of Nevada, Las Vegas where she received her bachelor’s degree in biology. She then moved to California to attend Southern California College of Optometry. She earned her Doctor of Optometry degree in 2007 and then returned to Las Vegas, where she completed her ocular disease residency at the VA Southern Nevada in Las Vegas. She enjoys practicing primary care optometry, treatment and management of ocular diseases and working with patients who need medically necessary contact lenses.

Dr. Nagel was an assistant professor with the Southern California College of Optometry teaching low vision optometry to a new generation of optometrists. She is also a Fellow of the American Academy of Optometry, a member of Women of Vision, American Academy of Optometry, the Nevada Optometric Association, and Foundation Fighting Blindness. Dr. Nagel is a Diplomate of the American Board of Optometry and is also board certified in the treatment and management of ocular disease as well as glaucoma certified. She served two terms as the president of the Southern Nevada Optometric Society and was awarded Nevada’s Young Optometrist of the Year for 2016.

You can schedule your next eye exam with us online!